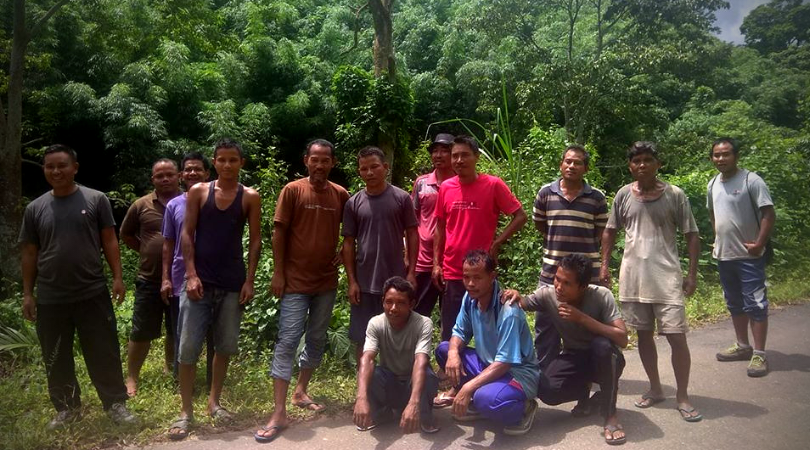 Bamboo is often known as the miracle plant owing to its wide ranging benefits. Bamboo trees assist in fighting climate change more effectively as compared to other hardwood trees by taking in more CO2 and producing more oxygen. This makes it a valuable partner in fighting climate change. Depending on the species, bamboos can be harvested in one to five years. After harvesting, virtually every part of the plant can be used to make a wide variety of products. From soil-enriching mulch to beautiful furniture and chopsticks, every part of the plant can be utilized. The trees also help in protecting the soil as bamboo roots remain in place after harvesting where they prevent erosion and help retain nutrients for the next crop.

In Meghalaya, bamboo is an important forest product found abundantly in the Garo Hills districts. Most of the bamboo yield from this region goes to paper mills of Assam and a small portion is also used by the rural handicraft industry. Owing to the benefits derived from bamboo plantation while realizing the need to tackle soil erosion and climate change, a village in Garo Hills has come together and drawn a resolution for setting up of a Community Bamboo Reserve which has gained the status of being the largest community bamboo reserve in the district.

The Bamboo Reserve was founded in the year 1988 under the leadership of Shri. Spin K. Momin along with other founding members. The land for the reserve was given by the then Nokma Shri Raising Sangma. The Bamboo Reserve Committee currently comprises of about 300 members from 47 households. Women and men of all ages, including children play a significant role in ensuring that the flora and fauna within the reserve is protected.

Shri. Spin K. Momin, one of the founders of the Bamboo Reserve recalled the time when he along with other members of the community felt that as a community, they must be responsible for their environment and hence, they decided to initiate the Bamboo Reserve.  Moreover, bamboo plantation requires no irrigation and rarely needs replanting; it grows rapidly and can be harvested in 2-3 years.

Managing Committee and Resolution of the Reserve

The Managing Committee of the bamboo reserve is located in Rajasimla village. Shri Bendoros D. Marak is the president of the community reserve. They have a resolution for the reserve, which cites that if any one cuts or tries to steal a tree from the reserve then he/she will have to pay Rs. 5000 as penalty. The committee meets at least three times a year for review meeting to device strategies for maintenance of the reserve as well as to inculcate a sense of responsibility among community members inclusive of children who will be the future trailblazers for taking forward the initiative.

Speaking to officials from Meghalaya Basin Development Authority (MBDA), the community members expressed concern for the need to fence the whole boundary of the reserve to protect the property from miscreants and that they also need more tree saplings to plant in the reserve. For this, they stated that help from the government would be much appreciated.

Through this initiative, the community members are setting an example for other communities within the state to come together and stand united to preserve the environment, of which we are all a part and parcel of--

“We would like to request other villages and communities to start this kind of reserve which can contribute towards resilience to climate change as well as availability of quality raw material to the community. Such initiatives also help in preserving the ecosystem and we must be responsible for our surroundings”