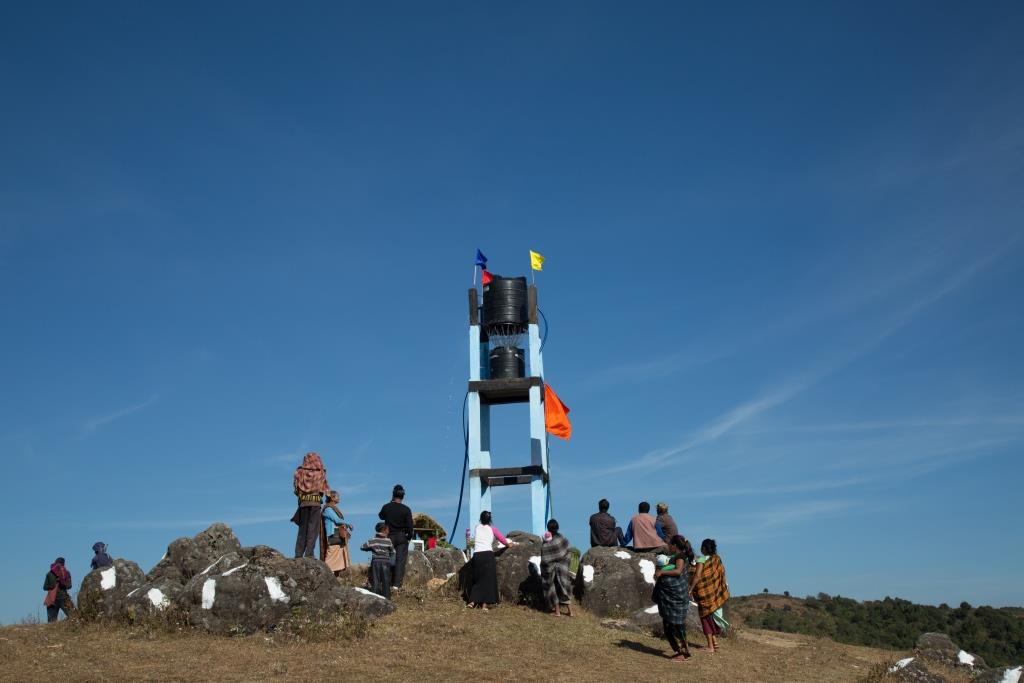 Meghalaya is home to Sohra and Mawsynram which receive the highest amount of rainfall in the world but despite this, many parts in the state face water security problems. Mawphanlur is a village in West Khasi Hills known for the numerous crater lakes atop the hill but due to the inability of the community to harvest rainwater, the village faced problems with water availability. Shri Nicholson Jana, headman of Mawphanlur village stated that it is the school children that suffer the most as they have to walk long distances to fetch water in addition to travelling to schools. This drudgery wastes a lot of time and also causes children to focus on other things apart from school work. Meghalaya Basin Development Authority (MBDA) in partnership with Nagaland Empowerment of People through Energy Development (NEPeD) and GIZ came up with a comprehensive solution and gave the village a hydraulic ram pump.

Shri Teiborlang, village secretary stated that the major benefit derived from the ram pump has been the easy availability of drinking water. Secondly, the problems of washing and cleaning
have been solved to a great extent. “We can live a hygienic lifestyle, especially with clean toilets.”

He also added that the first initiative was taken up by the village itself to bring water when they sought assistance from the state government. This led to the Basin unit coming to the village and surveying the area for a feasible solution to be taken up. The survey led to the decision to install a ram pump.

The ram pump was officially inaugurated on December 6, 2017 by the Deputy Commissioner of West Khasi Hills District Shri Arun Kumar Kembhavi in the presence of officials from MBDA, NEPeD, GIZ and local residents.

What is a hydraulic ram pump?

In 2015-16, the village members were sent to Kohima in Nagaland for training on the installation of ram pump where they learnt on the theoretical and practical aspects of the ram pump. In 2017, a workshop on catchment area management and climate change awareness was conducted by the Basin Development Unit and the Institute of Natural Resources with a
resource person from NEPeD. The participants included residents of Mawphanlur and villages around Mawphanlur that share the same watershed area. Additionally, nearby villages with potential for using ram pump technologies also participated in the workshop.

The funding for the entire project was shared between MGNREGS (75%), MBDA (25%) while GIZ bore the cost of ram pump and installation. The technical support for the installation was provided by NEPeD.